Well, I’m back and recovered and finally have some time to catch up with my blogging…. I keep a written diary so this write up is taken from that..

The first day was taken up with travelling. I’d arranged to collect everyone and then head to the station so we knew we would all arrive together. Everyone was ready and waiting and keen to get going. The only thing was when Mike announced he had forgotten his walking poles he said it didn’t matter but I think I was more concerned than he was because out of the whole group i thought he was the person who was most likely to need them during the week.

The train journey went quite smoothly, I do like travelling long distances by train, it is far more relaxing than driving and does mean you don’t have to think about where you are going to leave your car for a week. Our train to Newcastle was delayed by about 10 mins so we missed our connection to Wylam. Rather than wait for an hour for the next train we decided to get a taxi to the campsite.

We spent the first night at the Stephensons Arms campsite in Wylam. This was a lovely campsite but quite basic; just one toilet, one sink and no showers – not really a problem on the first day though ! The site was quite busy with a caravan rally so the owners put us in their back garden (they were worried about our tiny tents being run over by manoeuvring caravans).

Because we arrived on a Sunday it was a bit tricky to find anywhere open for food that evening but we were lucky to find a pizza place and were at the door when it opened….

The next morning we needed to get some food for lunch to take with us… the plan had been to get to Co-op as soon as it opened and then be away… the forecast was for another very hot, sunny day with temperatures approaching 30C and we had  17 miles to cover to Chollerford. Because of a certain persons lack of organisation and faffing we didn’t leave until after 8am about an hour later than planned.

The walk to Chollerford is one of the more boring sections. It is primarily alongside or very close to roads for most of it. When I mapped it out on the Ordnance Survey website it measured 17 miles but in reality it was 20 miles. There are a few reasons I think this happened.

We ended up walking for nearly 11 hours. This was longer than we should have been on this fairly easy section of the route and didn’t bode well for the rest of the week.

Mike also had problems with his feet that started before our first coffee break so we needed to have a few additional stops for him to sort himself out.

The result of all of this was that we were walking in the hottest part of the day for longer than we had planned.

We arrived at Chollerford after the cafe had closed (Riverside Campsite) so we pitched up, had a shower and went across the road to the hotel for a meal. This is a great site for backpackers with unisex toilets and showers as well as a washing up sink. The site is all fairly level grass and a lovely spot. 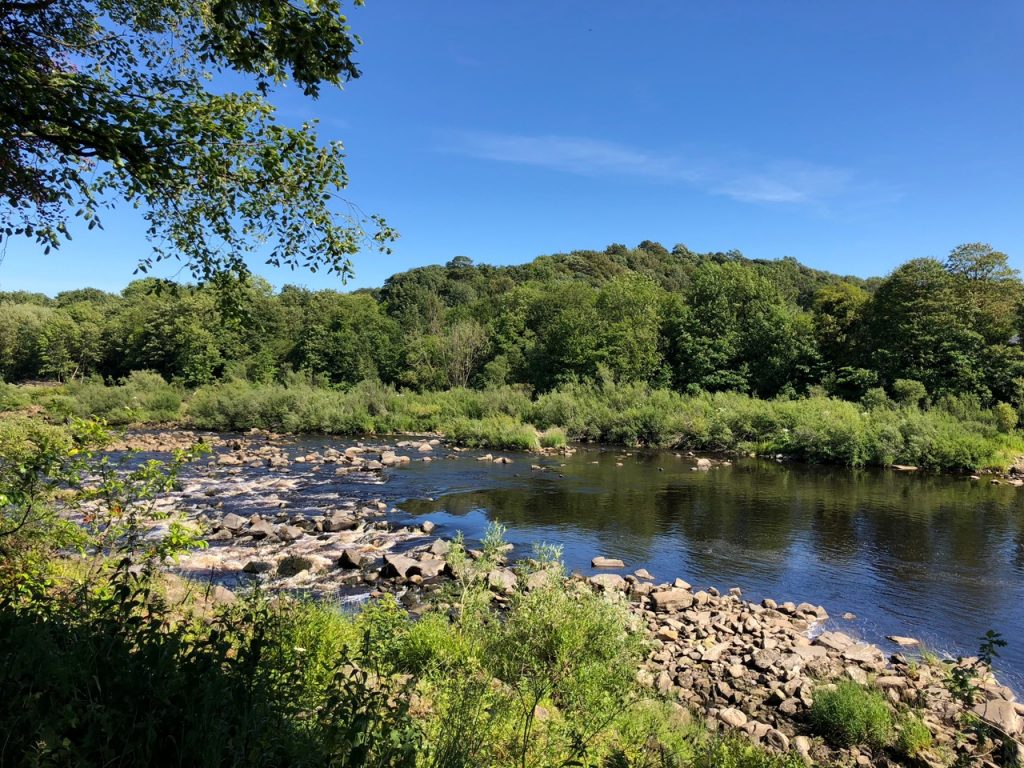 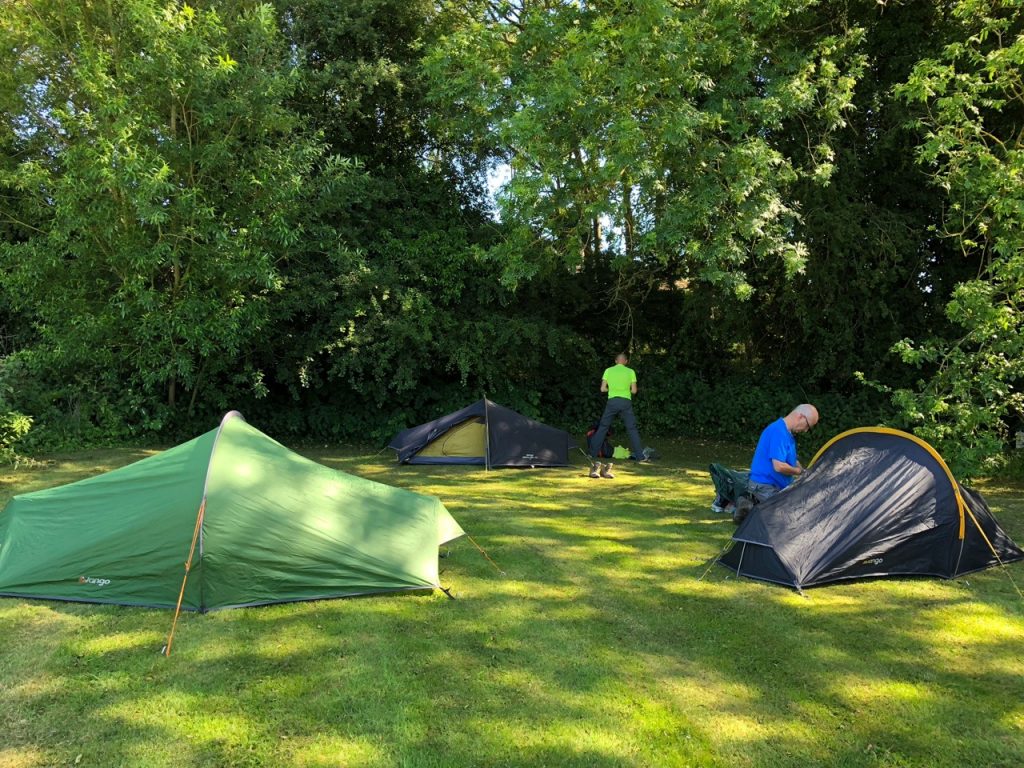 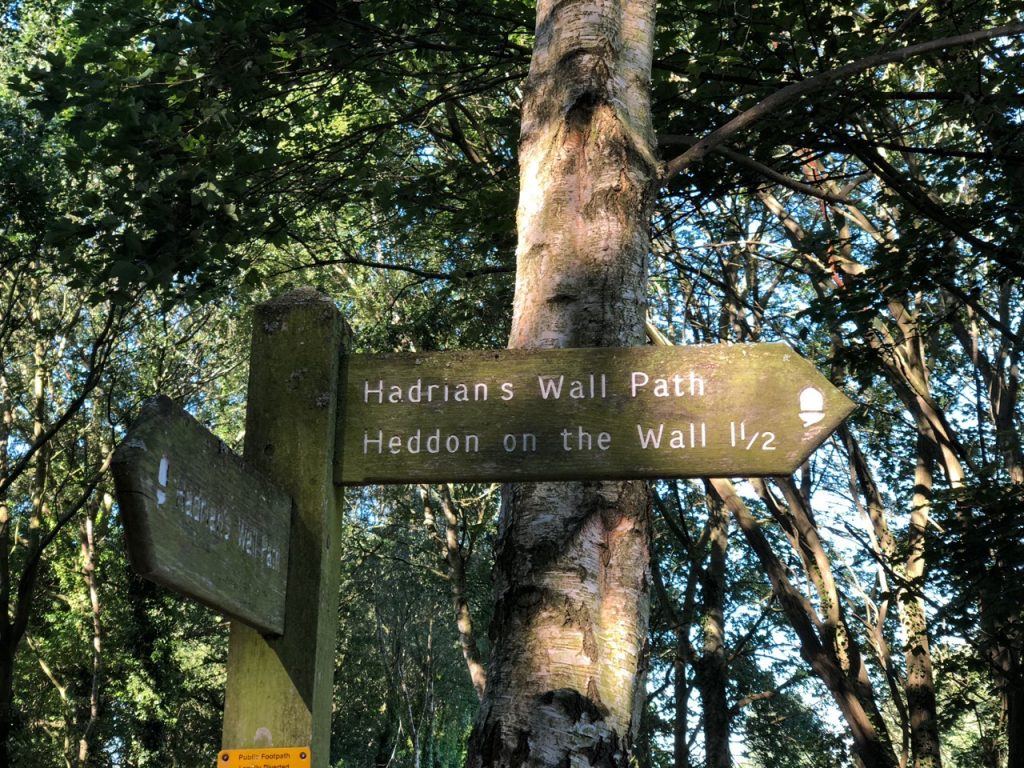 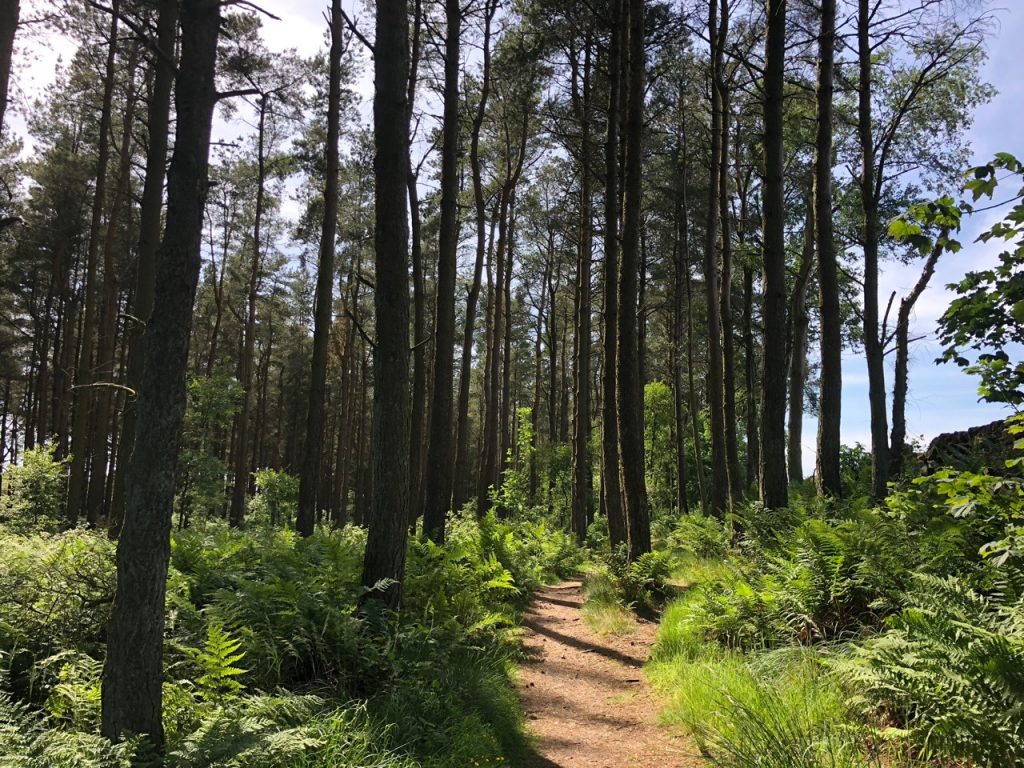 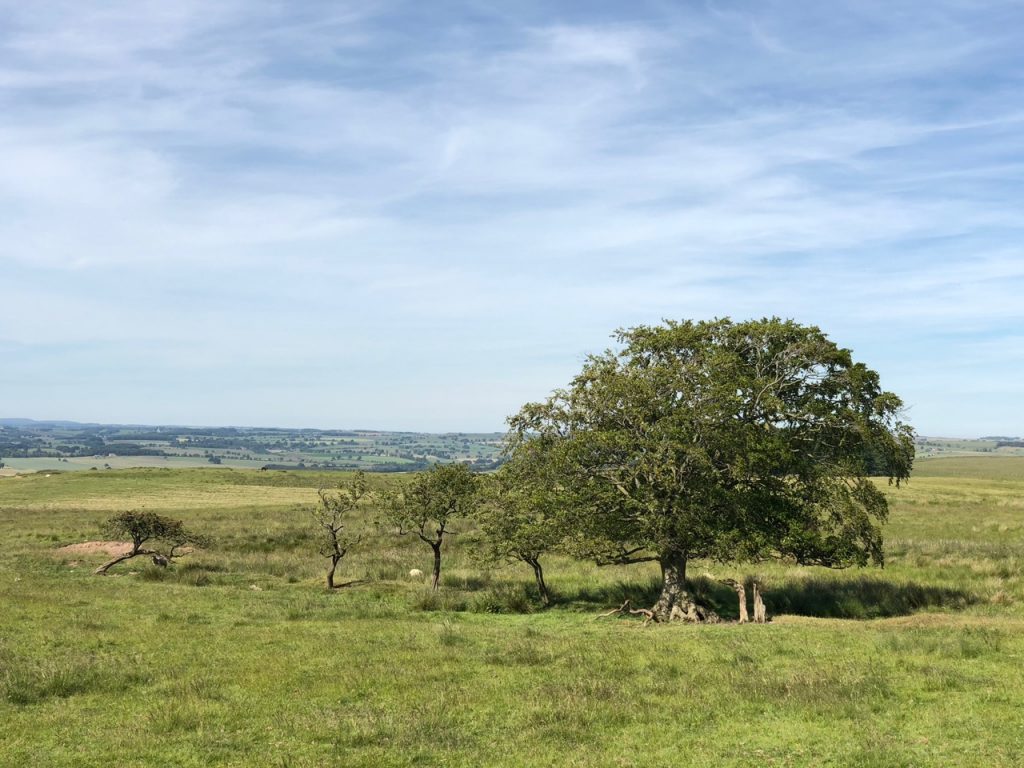 The following morning Graham and I walked in to the village to stock up for lunch as soon as the shop opened. This was a community shop staffed by volunteers selling primarily local produce for very little profit.

This day had a deadline. We needed to get to the next campsite before they stopped serving pizza…. there was nothing else around so if we were late it would be our freeze dried emergency meals !

Once again we didn’t leave until after 8am and as far as the terrain went this was going to be one of the two hardest days.

After leaving Chollerford we joined up with the Wall proper and over the next two days most of our was alongside the wall. I would say these two days are the most scenic sections and if I were to visit the area again this is somewhere I would like to come back to. This was also our slowest day and we only averaged 1.5 mph. All my calculations had been based on 2 mph and we should have been able to achieve this but Mike was having problems with his leg as well as his feet. I ended up lending Mike my walking poles and Graham and I took it in turns to carry Mikes pack in addition to our own over the hardest sections of the terrain. Even so at one point I really thought we were going to need to phone for medical assistance.

This section of the walk also took us past the stunningly beautiful Sycamore Gap. We arrived at the campsite at 6:30pm, just in time for Pizzas ! The Hadrians Wall campsite was great; lovely showers, a pitch with an amazing view and really friendly helpful staff. I think it’s fair to say we all slept well… 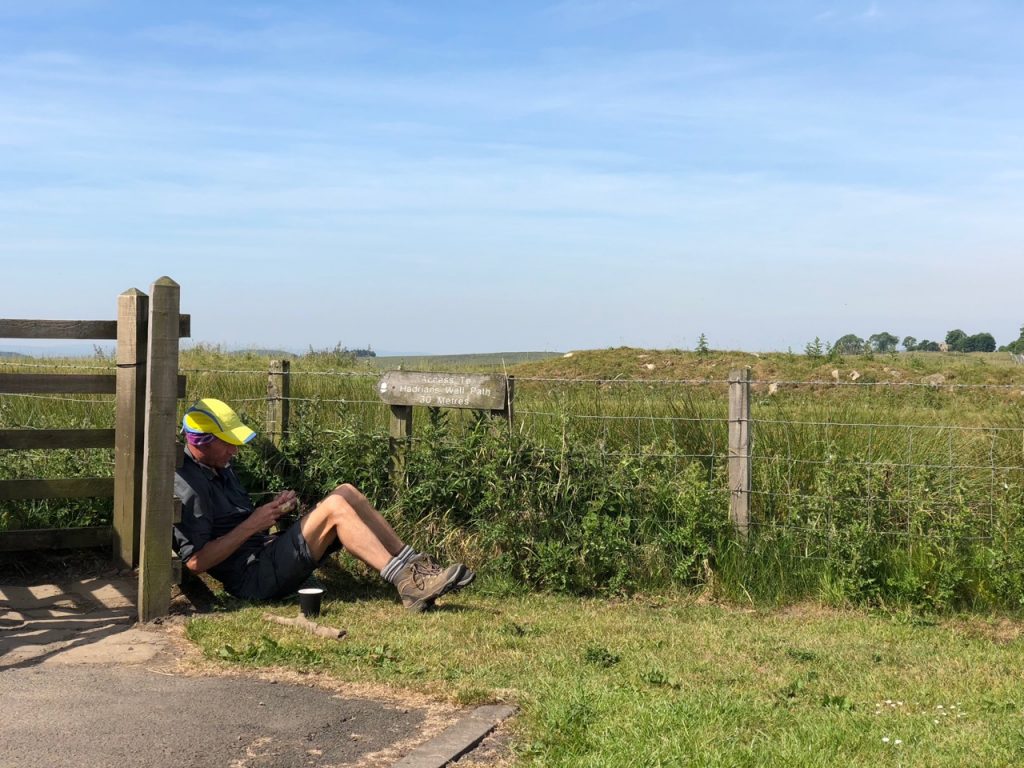 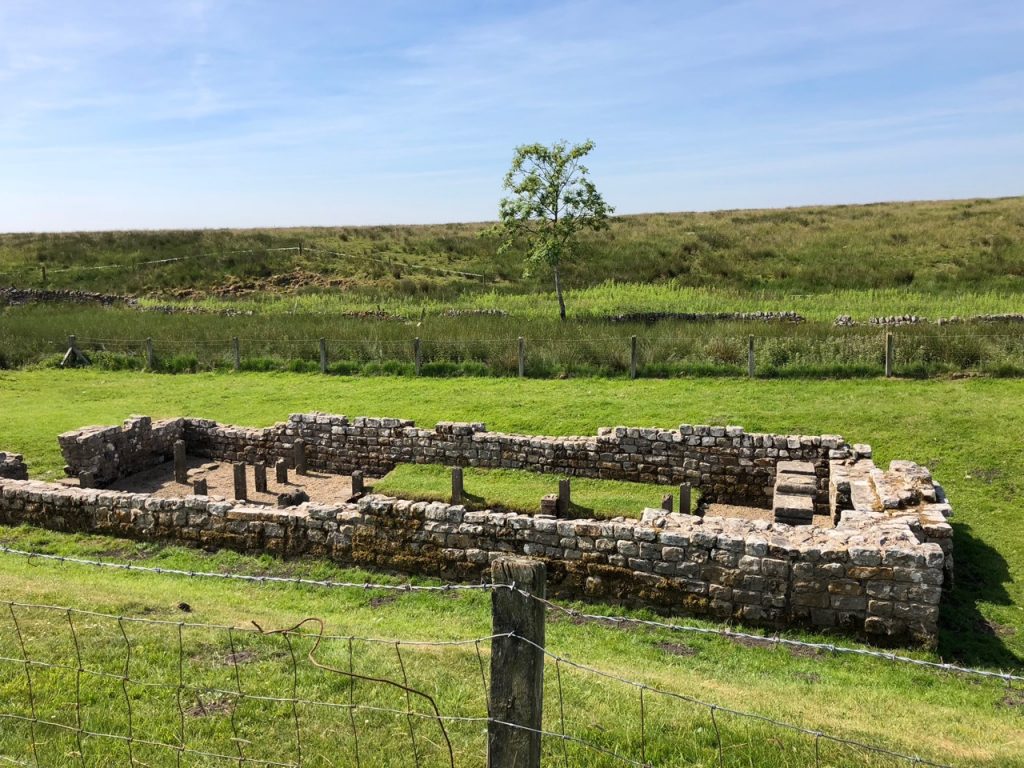 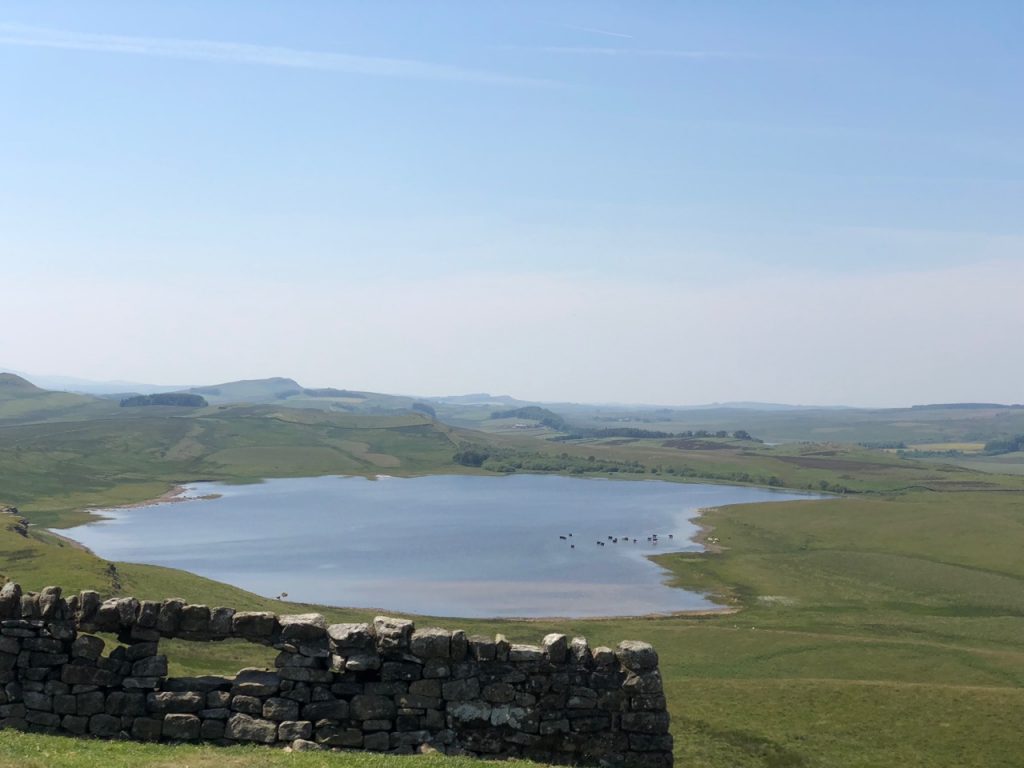 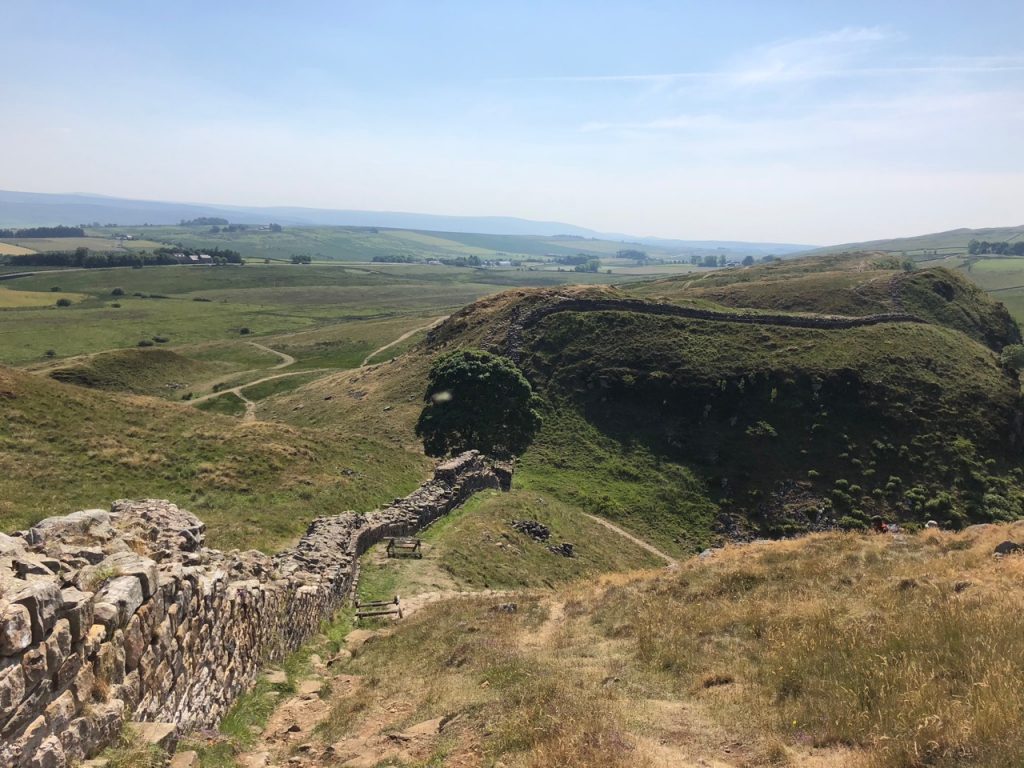 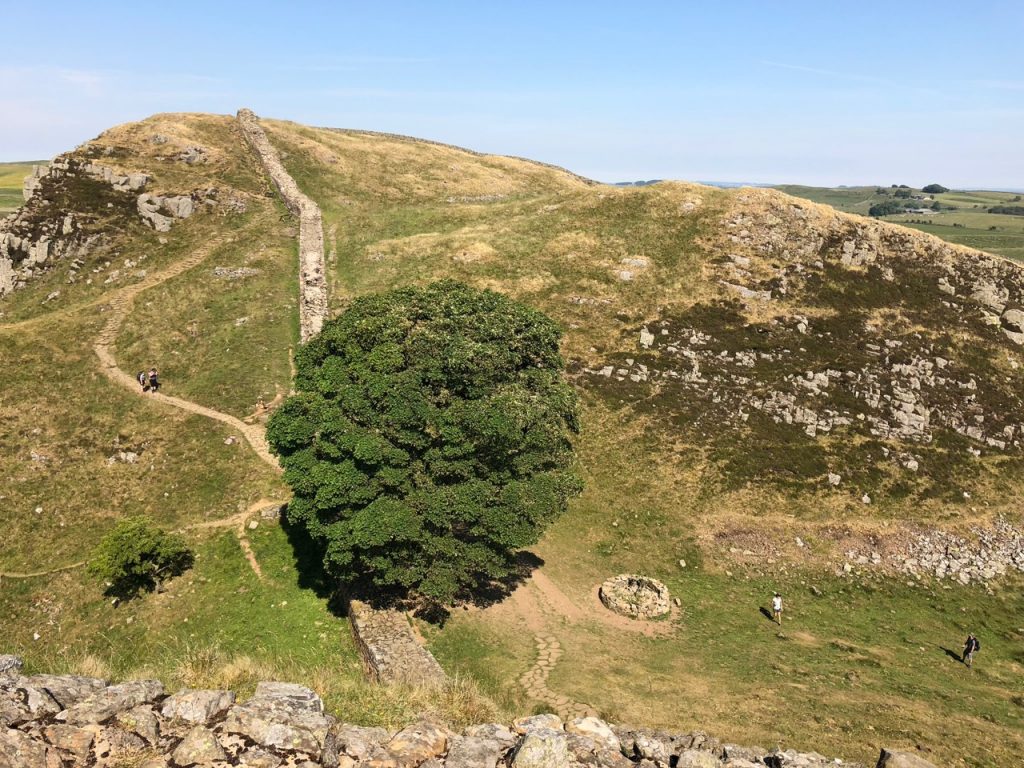 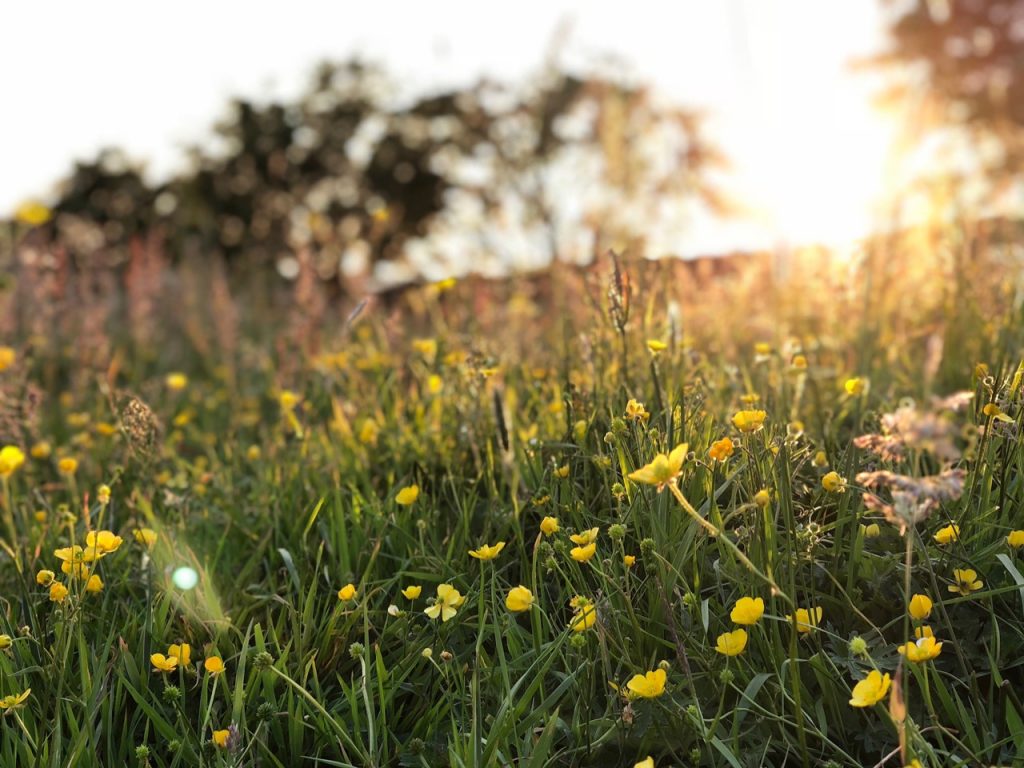 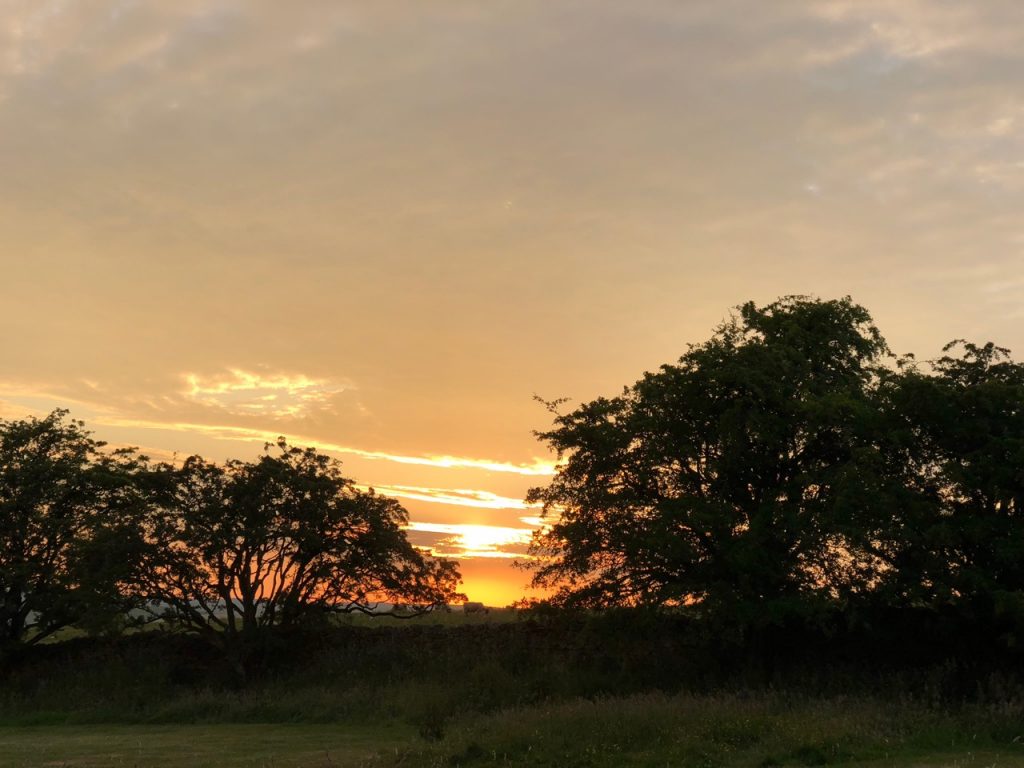